I AM NOT A BIG FAN OF REALITY SHOWS


Listal is not as exciting as before due to the worst mobile view.
Thanks everyone for supporting me and to be my friend.

View all of ORIOn's friends


I love this show, but the start of the first season was so boring i mean few starting episodes are boring and anyone can lose the interest in this show. But after few episodes the show get to its pace as you made connection with its characters and the main storyline is great. Overall its very amazing tv series. i have only watched its 5 seasons and i want to watch all of its seasons as soon as i get them.


i love the concept and the story of the show. but some of my friends says that after 3 seasons it gets really boring and they stopped watching it. So i also stoped watching it.
But after a year a started watchibg it from season 4 till very end and i must say it has a very nice and well writen story. The cast and crew selection,their acting ,direction ,animation,concept,editing,cenemetography, all are amazing.
But the end could have been much better than that. The end eppisode was disappointing . All the viwvers was waiting for some nice end of the srory but what you get is a crap in the end.
But overall it's a great tv series. you can start it if you haven't watch it yet.


i think even having a good story line, cast,direction,location this is the most underrated show in my perspective. I really love the idea and concept behind this show and the cast is awesome. Maggie Q and lyndsy makes me watch it due to their acting. I don't undersatnd why people not like it.


When this series gets started i think its not gonna make it to my fav tv series cause it is violating all the physics laws. As been an engineer and a science geek i can't tolerate this nonsense. AS there are many things that don't obey physics laws. But apart from that I realize it has a very nice story line. Really i have completed first season of the show and i can say that apart from the laws of physics it has very nice story line till now which bind the viewers to the show.


i am watching it now a days and i watched 3 seasons till now. Till now it is an amazing SITCOM series. But some of my friends told me that after 5 seasons it gonna be boring as the children gonna be all grown ups and their cute little things that bind us to the show gonna be gone. Lets see whats gonna happen till now its my fav one.

Edit:- i have watched 6 seasons of it and i still want to see more of it. It is an amazing show with a different concept from the ather sitcoms.Yeah it gets kinda boring during 4th season but from the 5th season it kick it off once again. A very well written tv sitcom .


man this show has really well cast and the story line is just mind blowing and i am watching it now a days.
but the real abrupt thing is everyone of them is becoming a superhero, i mean what the hell let arrow and 2-3 friends of him be the one why they are making each and everyone a vigilante. And everyone in the cast knows who Arrow really is,really this is gonna make it my least fav show gradually.

4 comments, Reply to this entry


i love this sitcom series especially cause its based on scientist, engineers and the science nerds and all their jokes and i being an engineer I can understand them and their situations well.
but not all the seasons are awesome, i like the first 5 season really but after 5 seasons this show lost its pace,its not that it gets bored but the expectancy with this show gone so high that the seasons beyond 5 are not gets upto that.


First of all I wanna say that the gaming industry is developing really fast. Look at the graphics,the story line,the effects all are amazing.
Now about the Dark Souls II, just hats off to NAMCO. I really mean that. This was the most amazing game I ever played.
First of all what we all want in a game is a good story line and this game really fulfill that need. From starting till end the excitement never ends.
Secondly the graphics are amazing. You can choose the costume,the build of your character,you can choose the character type.
Thirdly the enemies and the boss levels are not so easy and gonna challange your abilities. The enemy characters are really fantastic and feel like we fighting with something dangerous not like the other games in which it didn't feel like that the enemy is horifing. The boss characters are fantastic.
The chalanging thing is that you have to face the enemies every time you die and had to restart from save point which are very far away.

2 comments, Reply to this entry

TrekMedic
Posted: 1 week ago at May 6 1:22
Are you ready for some football?? Yes, the Listal Football League is returning for 2021! But first, the teams need to be stocked with celebrity players. I've simplified the rules from 2019, but PLEASE read through them before making your selections.

As always, thanks for all your votes and comments! Your continued support for this and all my polls and lists is always appreciated!!

TrekMedic
Posted: 3 weeks, 6 days ago at Apr 16 18:19
Thanks for the Amanda David and Gigi Midgley pic votes!

TrekMedic
Posted: 1 month ago at Apr 9 3:22
It's Spring! Time to throw your windows open and sing a song!

As always, thanks for all the votes and comments! Your continued support is always appreciated!! 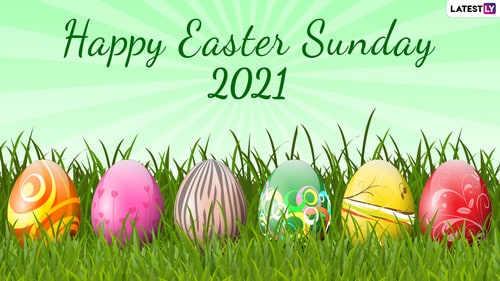 TrekMedic
Posted: 2 months, 2 weeks ago at Feb 27 3:32
Sick of all this cold weather? Maybe these will warm you up:

As always, thanks for all the votes and comments! Your continued support is always appreciated!!

ORIOn voted for 15 images [View All]

1 week ago
ORIOn voted for 34 images [View All]

Take A Bite! (554 beauty items)
1 week ago
ORIOn added 1 item to I Love Your Smile list